Stewart Jones is a 55-year-old, African-American man supporting his family of six as a truck driver.

Being healthy has never been a huge priority for him or his family and, as a result, his weight has increased to almost 400 pounds. His wife, Crystal, who is also overweight, says that they don’t have the time or money to eat healthy and, unfortunately, their 15-year-old son, Taylor, is beginning to follow in their footsteps with a high BMI and low levels of activity.

Below is a typical representation of what Stewart consumes per day. 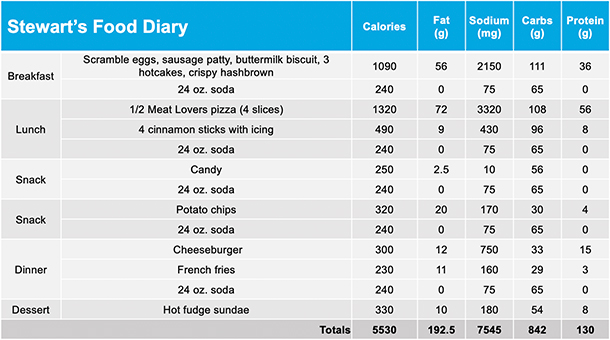 In addition to being overweight, Stewart has type 2 diabetes. Early in his treatment the physician prescribed insulin in combination with Metformin – an oral medication, but since his pancreas no longer produces insulin, he now has an insulin pump. Although he is only 55, Stewart’s health has already been negatively impacted by his lifestyle choices, as indicated in his Personal Health Record (PHR) below.

Review Stewart’s PHR: Which risk factors listed on Stewart’s PHR have contributed to his type 2 diabetes condition? Team Response: Share among your team some of the activities each member enjoys doing. From those activities, which ones would Stewart not be able to participate in because of his obesity? Internet Research: List the blood pressure categories and show Stewart’s results by the appropriate category. Internet Research: Why are results that fall into stage I or stage II hypertension considered dangerous when an individual has diabetes? 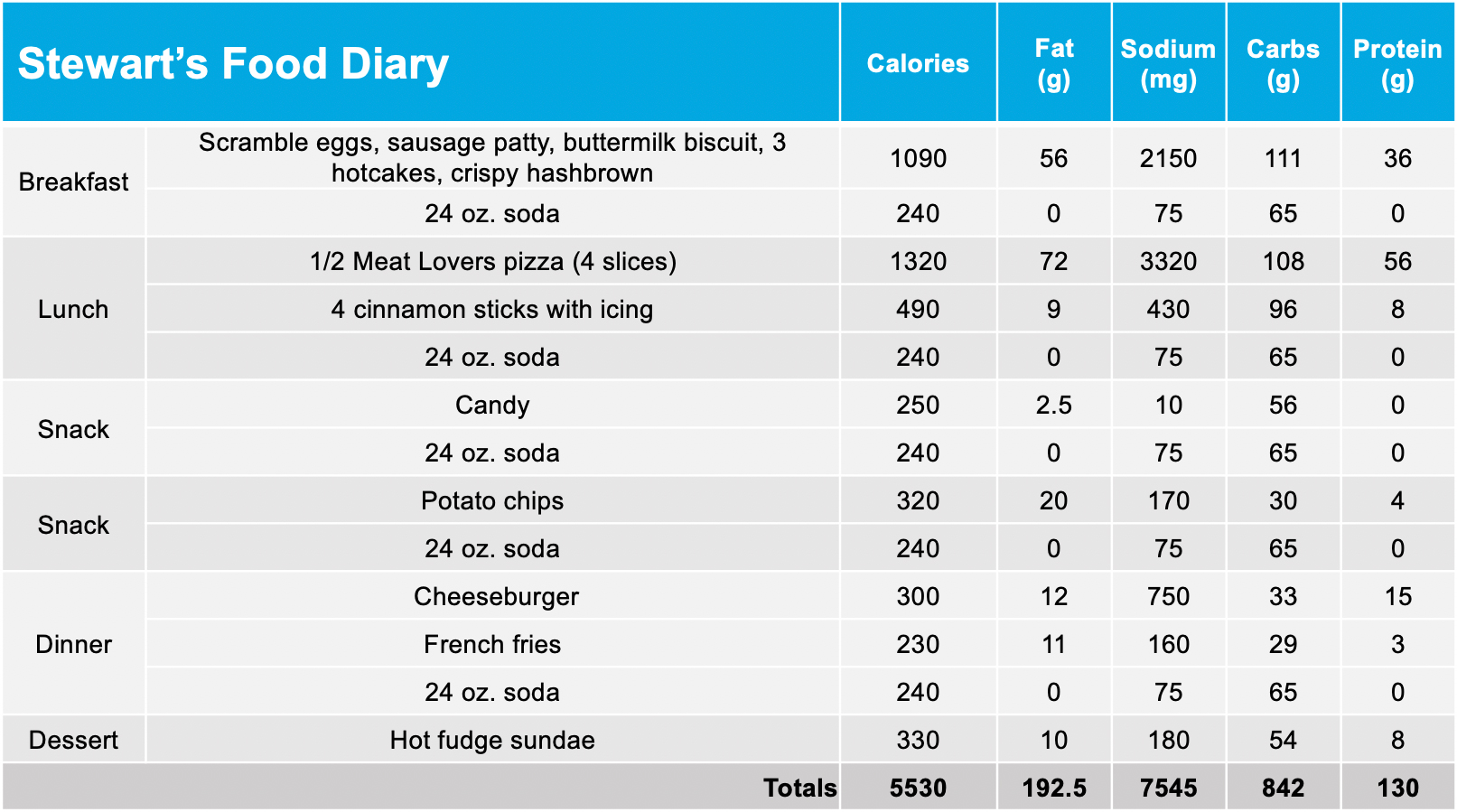 Insulin: A hormone that treats diabetes by controlling the amount of sugar in the blood. (“Types of Insulin for Diabetes Treatment.” WebMD. WebMD, n.d. 19 Sept. 2014.)